We peppered our trip through Croatia with stops in a few of its coastal cities: Zadar, Trogir, Split and Dubrovnik.

One thing they all have in common is how well kept their old towns are, giving you a proper medieval feel as you walk through their grand walls, iron doors and tiny meandering alleyways.

In Zadar we took a little tourist train that gave us a good view of the old town periphery, driving around the old walls and including a stop at Zadar’s famous sea organ, which plays music thanks to the waves hitting the organ tubes under the marble steps. 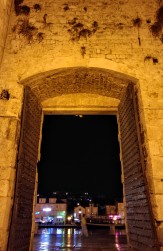 ogir we only saw by night, which I think did not make it any less spectacular. We were staying at a beach campsite not far away, and walked into this baroque town, which was beautifully lit. We had a great dinner by the marina in one of the more touristy restaurants, but nonetheless very enjoyable and then we took a lightning tour of Trogir, walking through its narrow alleys, before being slightly ripped off by the taxi driver taking us back to our campsite.

Next up was Split. One of the things that is most impressive about the Diocletian’s Palace (from 305 AD) which frames the old town, is how well kept and large it is, and how it feels it is still very much in use by locals for their daily vegetable and fish market, housing and just general day to day. A great way of seeing Split and entertaining a 4-year old at the same time by the way is by just walking around taking random turns left and right chosen by said 4-year old. And this is exactly how we found a really good cute little restaurant in one of the alleyways. 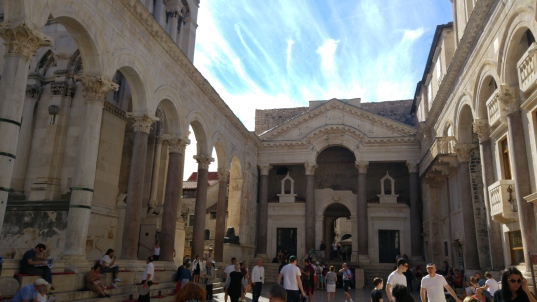 And lastly we visited Dubrovnik, which could probably deserve a post on its own. What makes it stand out, and why I understand some call it the jewel of the Adriatic, is that the old town is surrounded by a massive stone wall, part of which is clinging to the Adriatic sea. We walked the whole length of the wall, and although it was the 20th of October, I couldn’t quite believe the heat. Not sure it’s a place you can really enjoy in the high season months of July and August, but that is true for most of this region, barring the beaches I suppose.

We then walked around within the walls and I have to admit, we geeked out a bit with Game of Thrones references, that I had researched the day before. For any fans, you might recognize some of filming locations.

For a change of cuisine, we ended the day in an amazing Japanese restaurant overlooking the port and one of Dubrovnik’s main towers. 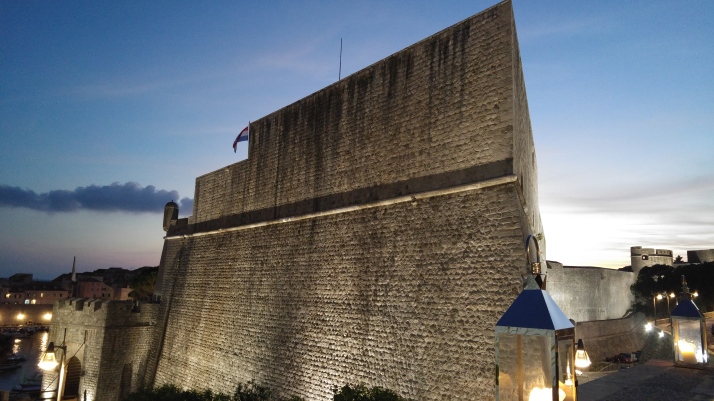