We arrived in Husum pretty late and looked for the campsite we had picked from our guide. Unfortunately, there were large roadworks that Susie (our satnav) was not aware of, so we tried our luck with another campsite, only to find it shut for the evening. Once again our naiveté coming from Iceland hit us: you can’t just roll in at any given time into German campsites.

Eventually we arrived in another campsite, also closed, but at least with a large parking area in front where we could stop and sleep. I was done for the day, Liam was already fast asleep since Denmark, and Kai tired of driving around. Nonetheless, Kai was a bit worried of what his countrymen would say when they saw us “illegally” sleeping outside their campsite, so we wrote a note and stuck it on our window, excusing ourselves for the lack of punctuality. Thankfully, no-one came to tell us off at 7am the next day and we were just able to pay to use their showers and then take a stroll by the North Sea. Believe in the goodness of people, I say! 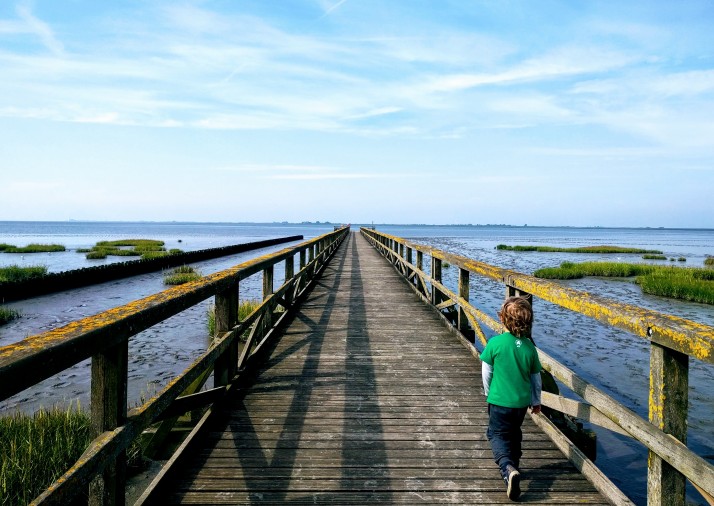 We then went to Heide for a quick visit to Kai’s uncle and aunt, Bernd and Conny, where we had a lovely lunch and chat and continued towards Hamburg.

In Hamburg, we camped at Elbecamp, a very nice funky/hippy campsite, which was weirdly close to Blankenese, a rather upscale part of the city. The campsite was on the sandy shores of the river Elbe, and it just had a very good vibe to it despite the weather being rainy.

Hamburg was followed by Berlin and then Dresden, and in all three cities we met up with friends. We had some yummy meals and above all, Liam had a chance to hang out and play with loads of little friends, something we think he’s been craving for after only spending time with us. Even Oma and Opa came from Bremen to Berlin so that the whole Hansen family could hang out (seen below watching Hertha Berlin vs Werder Bremen at an Irish pub.)

As we continued south we ran out of friends to visit but we did some sightseeing instead. Our stops and highlights were: 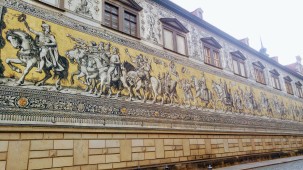